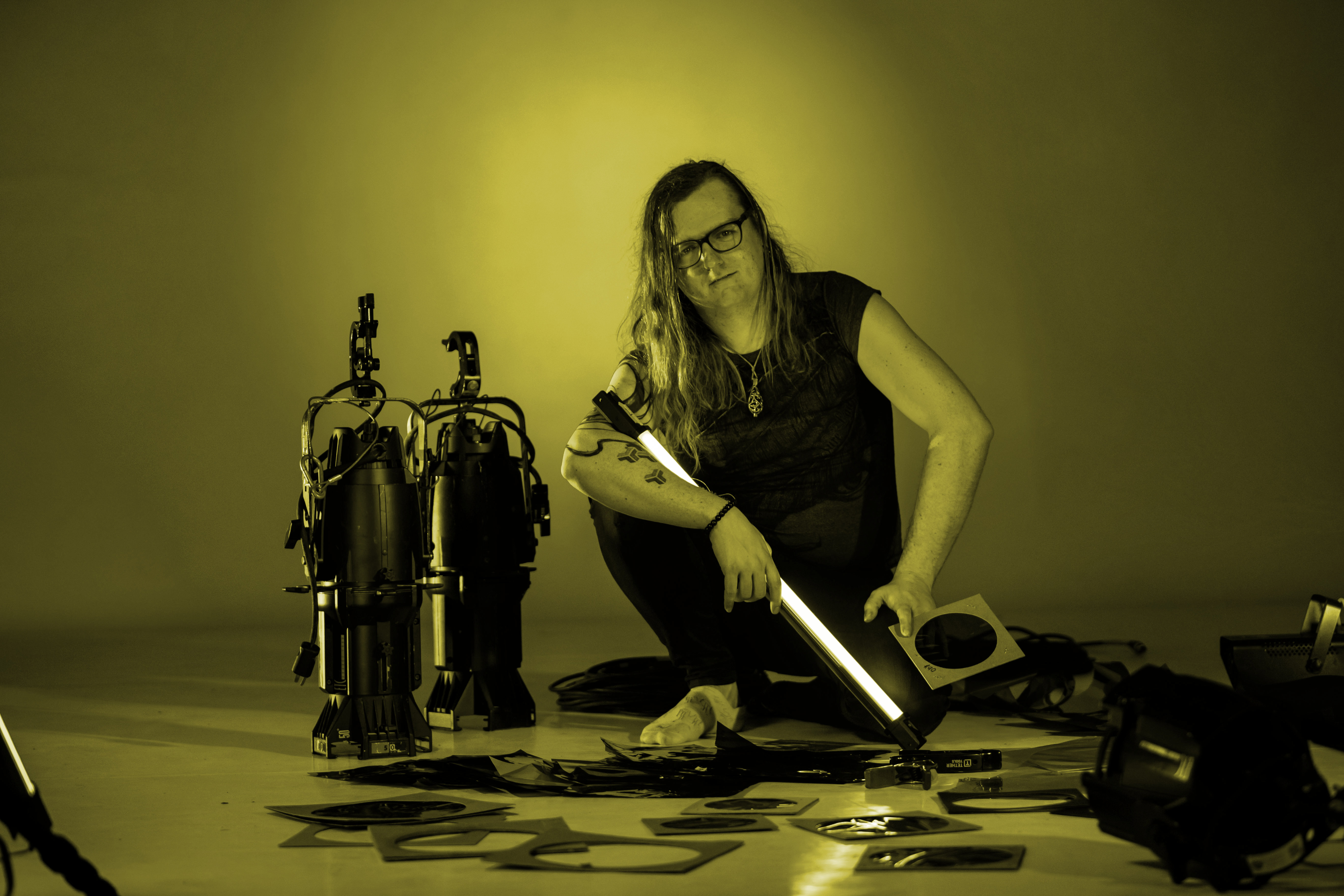 Keagan is a Studio 58 Graduate. Living with a love of and passion for lighting. As a gender-fluid non-binary designer they love working with masculine, feminine and other aspects of themselves to add to the creative process. As a designer they paint the performers and their environments with light, working to build an atmosphere that pulls the audience in. Recent design credits include: Kill the Ripper (Geekenders & Affair of Honor), Circus Gala (Circus3), Crisis on Planet Z ( Monster Theatre), Six ofOne (Studio 58), Neverland Night Circus (Geekenders), Trans Scripts (Zee Zee& Frank Theatre), Alice in Glitterland (Geekenders), Centurions (TheCenturions Project), Awkward Hug (O Albatross), Four Play (Studio 58), and Alma(East Van Opera), They love playing with the emotions of lights, and how lighting effects the tone and reality of what is being poured on stage. Playing with the psychology of lighting and colour theory.

Image Description: Keagan kneeling beside 2 theatre lights, with a stick of light cradled in one arm, gels and lighting gear strewn on the floor around them.