A Live Bird in its Jaws

a review from our archives...
WHEN IT CLICKS, THIS BIRD SOARS

Director Sandhano Schultze shows a lot of moxie messing with this theatrical alchemy, and while the execution mis-fires aplenty, when it does click, it’s sweet stuff.

On the surface, at least, this play is the story of Helene (Sidonie Boll), a woman obsessed by the notion that the great love of her life is not meant to be.  She’s in love with Xavier (Tom Scholte) and vice versa, but the love of men, specifically his wild beast brother Adrien (Ted Cole) excites him more.  To force a conclusion to the affair, Helene writes a play, a mythology based on the lives of the brothers and the death of their parents.

It often seems like there are several plays hap-pening at once.  Helene must carry whole scenes herself, reading letters aloud with a tragic Ophelian flutter, to provide some murky poetic detail on the unfolding myth.  These are the least effective scenes to my mind.

For me, the best scenes are the play within a play moments that utilize wonderful rooster and crone masks by Nicole Dextras.  Here the actors are completely transformed and united on a common plain of expression.

On the basis of its theatricality and innovation, I would judge A Live Bird in its Jaws to be a success. 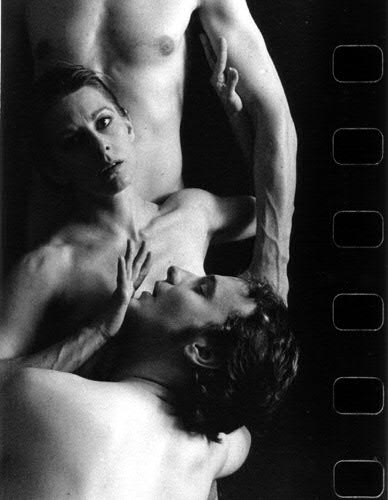