‍
FEMINIST FRACAS ON A GRAND SCALE
Pink Ink’s production of Augustine is impressive, but the script doesn’t deserve it.

All dressed up and going nowhere, Augustine expends so much energy belabouring its feminist point – women have been ill-served by psychiatry – that this circus of special effects runs out of credibility long before its surfeit of steam is expended.

Pink Ink Theatre mounts a beautiful and often exciting production, but it’s based on such thin material that everything unfolding in a big brick space at the Roundhouse screams of the need for less artifice and more artfully expounded arguments.

British playwright Anna Furse compresses history to concoct a convenient liaison between 19th-century neurologist Jean Martin Charcot, his then-unknown student Sigmund Freud and a patient who suffered from “grand hysteria,” causing her to convulse if touched on the breasts or ovaries, and Charcot has invited Freud to join him in prodding, photographing and generally helping to make Augustine even crazier than she already appears to be.

Furse’s feminist agenda is readily apparent from the first, as Charcot pompously treats his charge like a mechanical doll.  Uninterested in the pain he causes Augustine as he lectures to an invisible (and all-male) audience, Charcot is equally oblivious to young Freud’s suggestions that the focus of their efforts should be on Augustine’s words and not her physical flailings.

Later, when he’s alone with the girl and exposes her awful story of sexual abuse and repression, Freud quickly loses our sympathy by then wallowing in his own theories (now largely discredited) about the repression of imagined sexual fantasies.  Poor Augustine, who screams and sputters in and around a curtained four-posted bed floating all over the stage, doesn’t stand a chance in this world of self-centred windbags.

Kudos to whoever is underneath the bed, pushing it around for much of a play filled with all manner of such clever gimmickry.  Before an elegant arcade and its trompel’oeil motif of bare-breasted sylphs, we’re treated to fine furniture from set designer Nicole Dextras, handsome clothing for the men (Augustine has only her hospital gown) from costume designer Sabrina Di Maio and an overpowering parade of projected images by slide designer Tim Matheson.

Best of all is the eerie soundscape created by Noah Drew, who also calls on violinist Angela Quiring to wander the stage – in which as a soulmate to Augustine – playing snippets of Saint-Saëns or Rigoletto to great effect.  If only the actors were as successful in overcoming the play’s inherent weaknesses:  Lee Taylor’s Charcot, Christopher Weddell’s Freud and Kirsten Robek’s Augustine each fail to feel fleshed out. 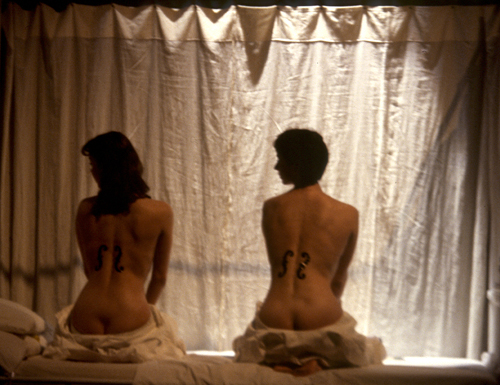 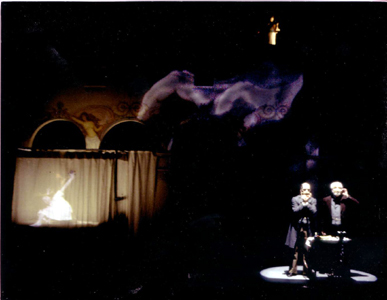 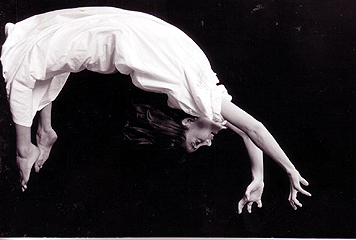 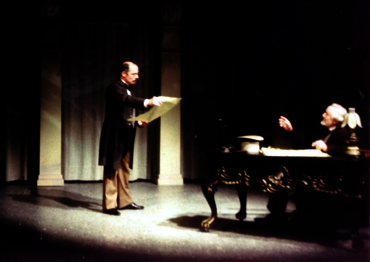 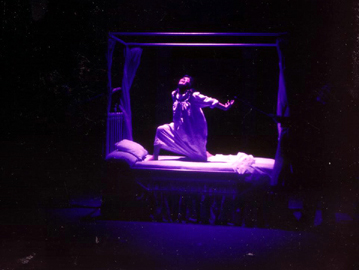 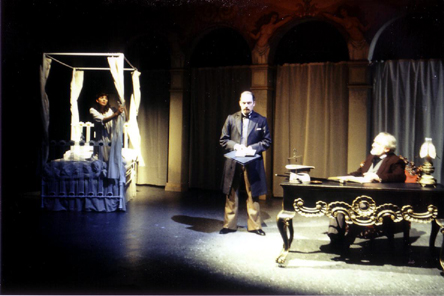 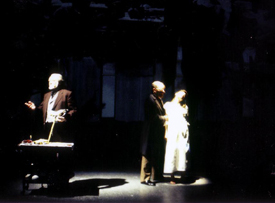 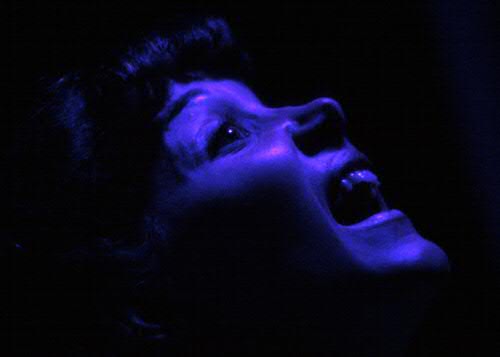