A review from our archives...

In William Golding’s novel Lord of the Flies, a crashed planeload of public school boys are marooned on an island where they create a functioning political system based on barbarianism.

The six older classmates in British playwright Nigel Williams’ Class Enemy are just as marooned in their classroom in the middle of the London hell known as Brixton, but in the course of this violent, transfixing play they seem to be trying to work their way back from the law of the jungle towards a tenuous civilization that they are at pains to teach themselves.

The urban guerrillas of classroom 5K have proven too much for any schoolmaster and the six boys, Skylight, Iron, Nipper, Snatch, Racks and Sweetheart, have been abandoned in a decrepit room where the graffiti on the walls mock the remnants of instruction on the blackboard.

You aren’t likely to see a more violent production in your life than the one at Vancouver Little Theatre, directed by Sandhano Schultze, nor has that violence ever been more justified.  The hurled furniture, the seemingly bone-breaking fights that break out at such low flashpoint, the lines acrid with hostility and sarcasm – these are in some walks of life no less than documentary and provide an idea of the destructive force of social inequity.

In the boys’ being left to teach themselves and coming to accept it, lies one source of the play’s humanity. Whether the institutions of common welfare sur-vive or fail, ultimately every-thing is up to you.

This is a terrifically exciting show that deserves to be seen.  It has a cast whose almost fright-ening commitment suggests voy-eurism on a certain school of life in a raw, full session.

The actors are Scott Bellis, Kevin Conway, Gary Davey, Sean Hoy, Sam Sarkar, Ronnie Way and David Wodchis.  All are good enough (to hell with the accents, though most are passable) as to make singling out invidious, but Conway’s Iron is splendid and so physically daring that you tend to worry about his safety for the rest of the run. 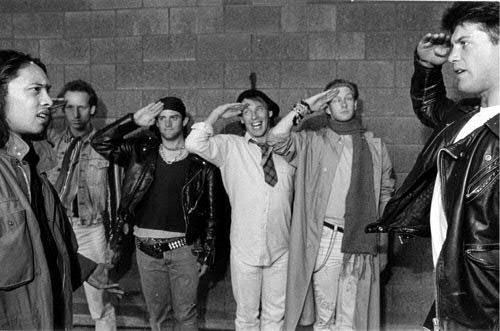 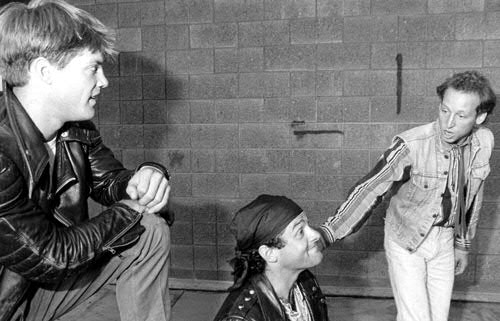 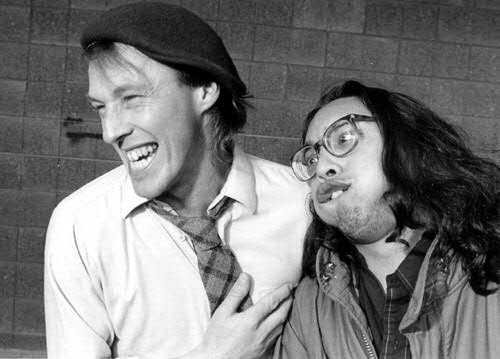