Disposing of the Dead

Disposing of the Dead is Katherine Schlemmer's modern horror based on the true story of the 1924 murder of Janet Smith, a young Scottish nanny employed by the wealthy Baker family. Initially thought to be a suicide, the woman’s death at Baker’s Shaughnessy home was later discovered to be a gruesome murder that shocked citizens of Vancouver.

Smith, a young Scottish house-keeper in the Shaughnessy home of a Mr. and Mrs. Baker, was found dead on that basement floor on a July morning in 1924.  With a gun near her and a sizable hole in her skull, it was first considered suicide, the initial opinion of the Point Grey Police department.  Apparently in a fit of despair while ironing the young woman had blown her brains out, pausing only to burn herself with the iron in a spot on her back only a circus contortionist could have reached.  Then, to be safe, she beat herself in the head with a never-found blunt object.

The contradictory physical evidence caused a second inquiry to be held in which police decided it had been murder all along.  The case has never been solved.

It seemed likely at the time it would be.  The body was found by Chinese house servant Wong Foon Sing.  Sing was kidnapped by men in flowing white robes and hoods at one point and questioned under duress but was eventually freed.

The play is bookended by Wong’s nightmare, in which Janet is murdered over and over, and runs through a number of possible motives and scenarios for the crime (among them a morphine smuggling plot that would be right at home in the pulp stories of the great hack Robert Leslie Bellem) before settling on a more mundane and plausible explanation involving class and privilege.  It’s competently written but not exceptional, with a couple of clanking pieces of dialogue, one about a dead baby bird fallen from its nest that is less than subtle.

Where the show does shine, though, is in its production aspects.  On a small stage, set designer Robert Gardiner creates an engrossing world through scrims, slides and mirrored surfaces, and the credit should be spread around to include David Cooper (slide photography and design), Darren Adam (production manager and technical adviser), co-directors Sandhano Schultze and Wayne Specht, sound designer David Rimmer and light designer Del Surjik.  It’s easily the most impressive technical display this year and more so because it is entirely in service to the story and becomes as integral as the words.  Perhaps more so – it would be a pretty static piece without the above people.

The cast is fine and Marya Delver, in her professional debut as Smith, stands out as does John James Hong as Wong Foon Sing.  Hong is an exceptional physical actor and one scene as a demonic “Chinee” is scary and satiric at once.

Outstanding Performance by an Actor in a Leading Role, John James Hong

Outstanding Production of a Play or Musical 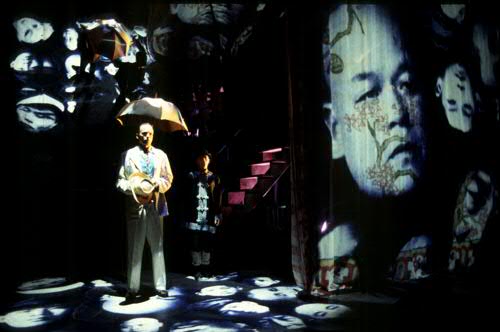 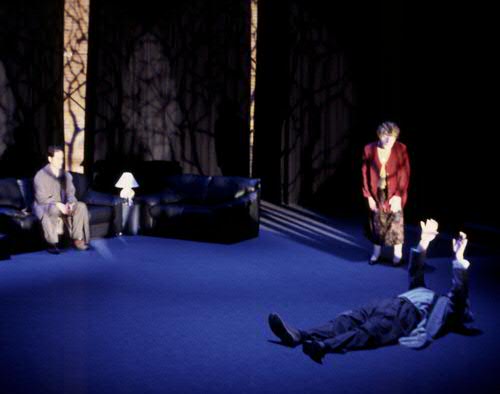