The first drive-in theatres in North America began in big open fields in the 1930s for a dollar a car, and have seen a renewed popularity around North America during the pandemic. They've hosting live stand-up comedy, film screenings, and even weddings. Victoria theatre company SNAFU has dreamed up their own live drive-in show called Epidermis Circus, directed by Atomic Vaudeville’s Britt Small. Epidermis Circus plays for a very limited audience 25th and 26th of June in a parking lot on the Great Northern Way campus in Vancouver.

Puppetry performer Ingrid Hansen magnifies intricate tiny puppetry onto the big screen, in what SNAFU describes as “a surreal comedic romp.” Promising body puppetry and bawdy animation, Epidermis Circus celebrates the fragile meat-bag of the human form.  On television, Hansen also puppeteers for Sesame Workshop’s show Helpsters and Miss Persona on TreehouseTV. Epidermis Circus, however, is not a show for children, “unless they have really cool parents,” says Hansen.

The live audio from the show reaches your car stereo through an FM radio transmitter, so be sure your car stereo is working and grab tickets in advance online, as sales are limited to thirty cars per show! Tickets are priced per car, on a sliding scale of $25 +, depending on number of bums in seats.

Location: 685 Great Northern Way Blvd., in the parking lot directly to the south of the building at the Great Northern Way Digital Media and Emily Carr Campus. Road entrance off of Fraser Street. https://goo.gl/maps/5baDpwQEYz7YcdCo8

The evening will best started off with a short set of inventive and very funny Hip Hop by Hank Pine and Britt Small! This night will be one to remember! Tickets are very limited. Don't miss out. This unique urban drive-in experience is performed live, (not live-streamed) but truly live, while being projected onto the big screen, in what SNAFU artists call “the 3D Meat-Space.” Rain or shine, the audience sits snug in their cars to enjoy the event! 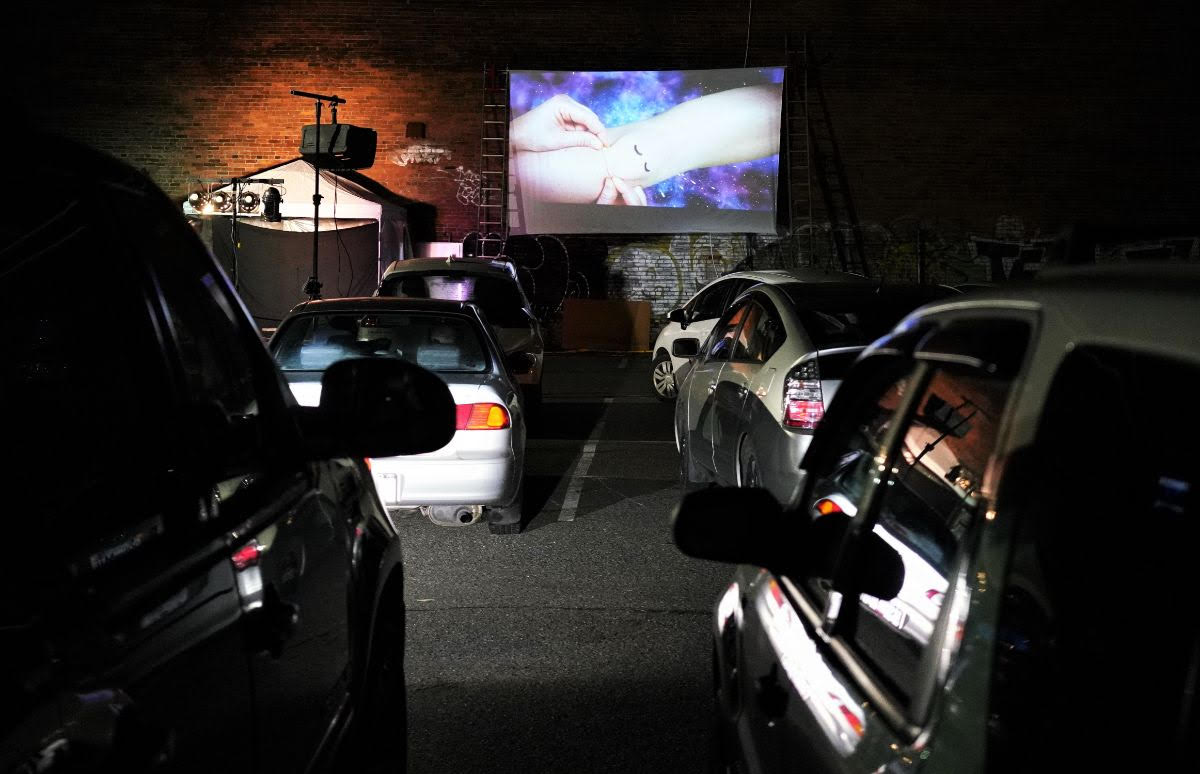 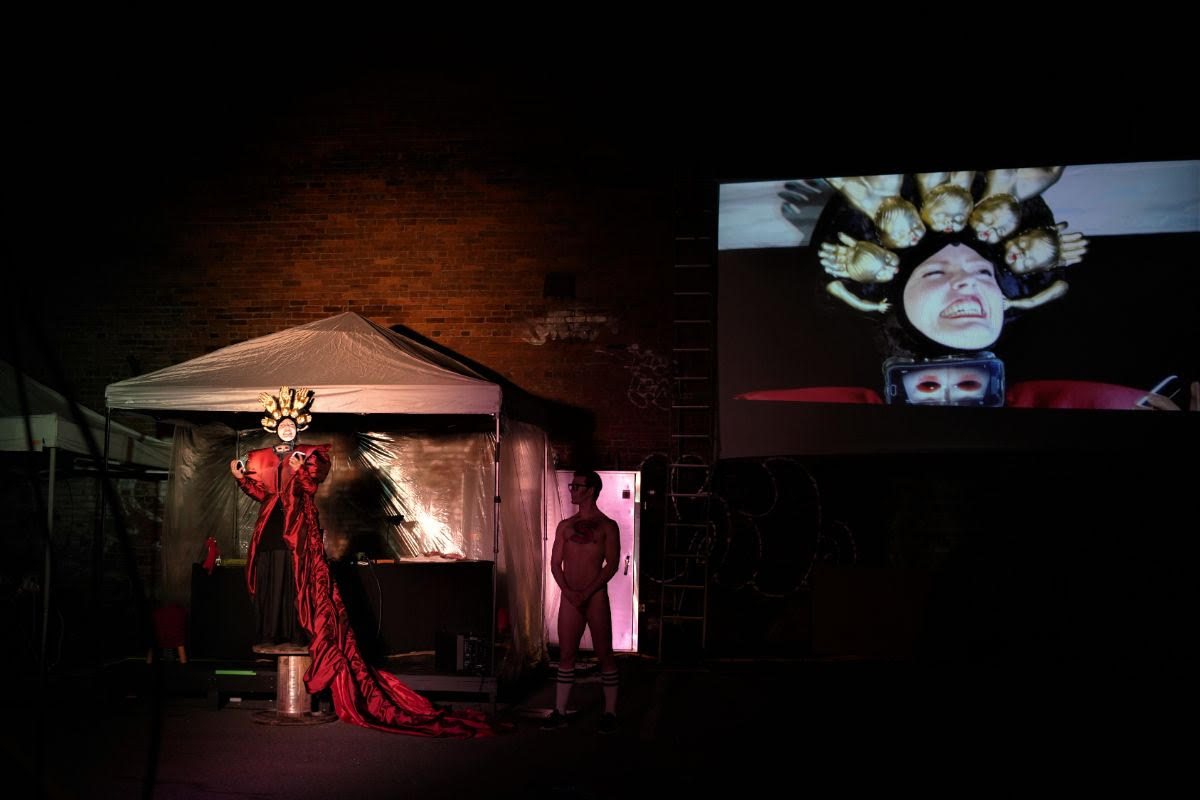 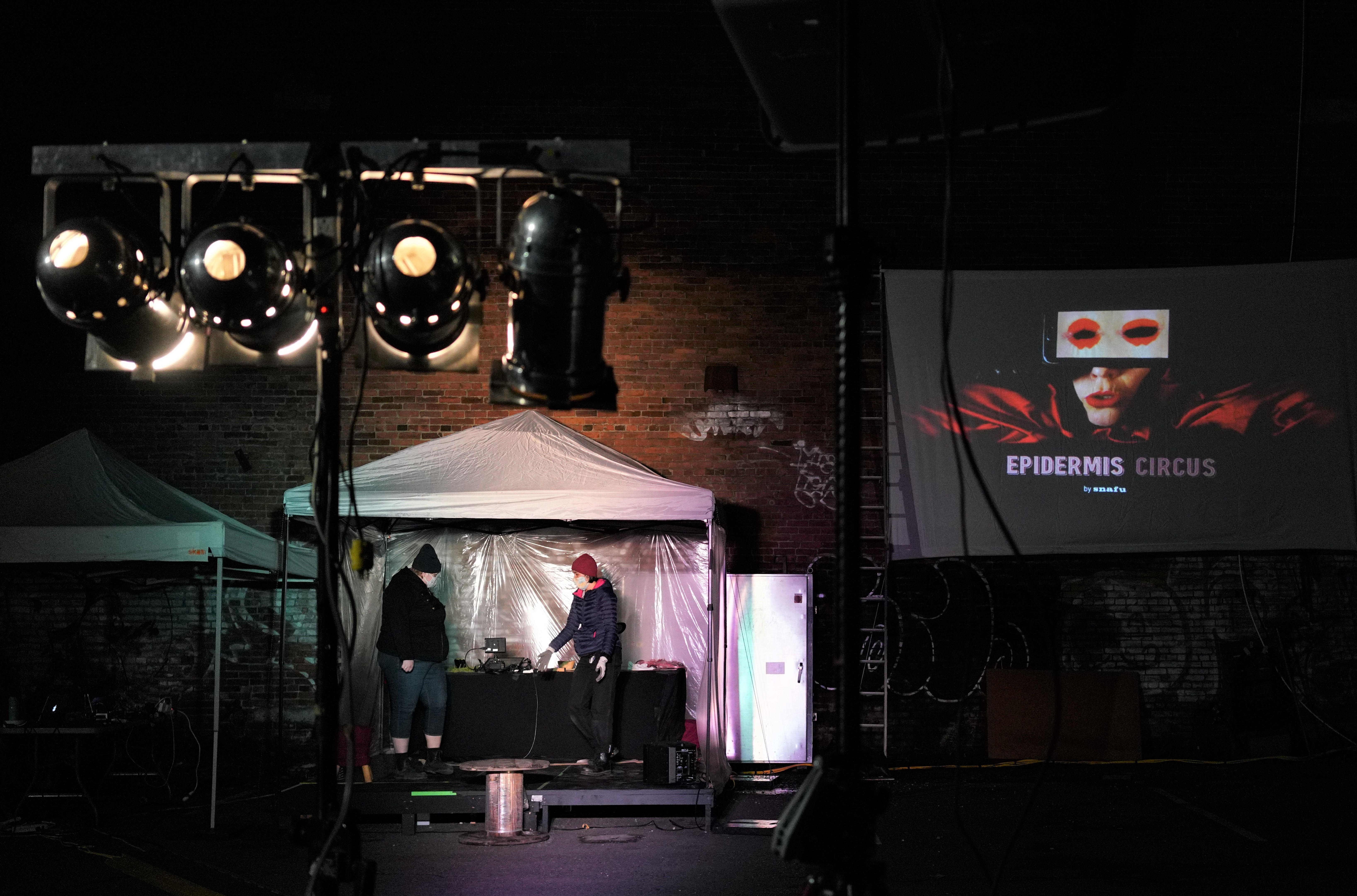 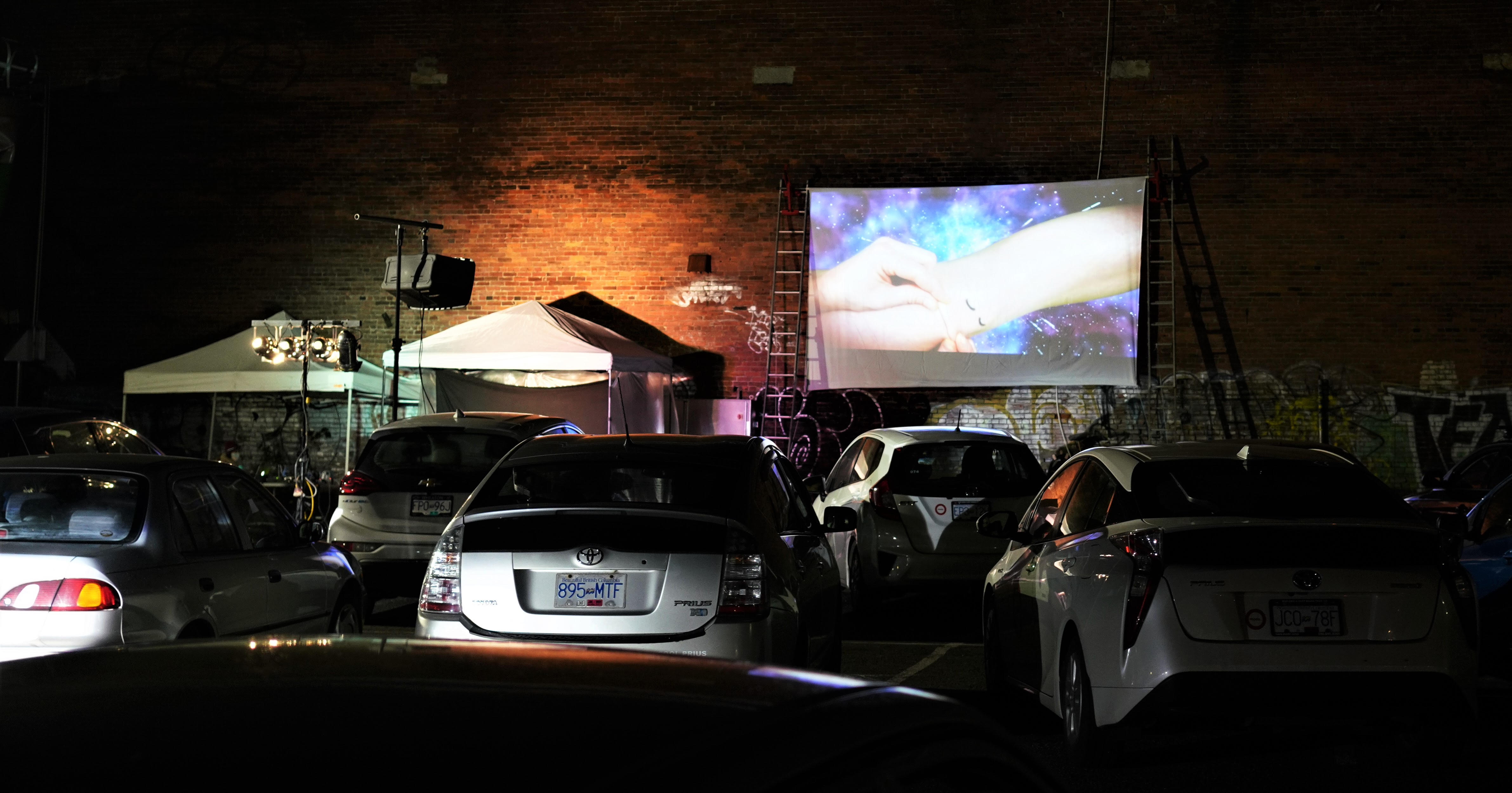