LILIES BLOSSOMS ON MANY LEVELS

A single cellist plays in many of the most exquisite moments of this production of Lilies.  Like the cello, this mounting and especially this script rever-berate with the twin harmonies of illusion and timelessness.
The story’s unfolding, though filled with surprises, is not dependent upon them.  Its strength lies in to its epic sense of inevitability.  In 1952, 10 men (the decision has been made here to portray them as ex-convicts) perform a play for Bishop Bilodeau, whom they are holding against his will.  Simon Doucet is the leader of the ex-convicts, and the play they perform for Bilodeau concerns events in Doucet and Bilodeau’s hometown of Roberval, Quebec, in 1912.  At that time, Doucet was in love with another youth, the impoverished Count Callier de Tilly.  The narrative of Lilies centres on that love and on reactions to it.  Lilies also con-tains yet another important layer of artifice:  in the second play-within-a-play, Doucet and count Vallier perform together in The Martyrdom of St. Sebastian, a school project.

Lilies is subtitled The Revival of a Romantic Drama, and the heart of the text lies in the romantic/religious conflation of love and death.  Playwright Michel Marc Bouchard plays a profound, and distinctly homosexual, variation on the theme.

While masculinity is associated with abandonment in Lilies, femininity is associated with the comforts and dangers of artifice.  The female characters in the play are performed by men, and they can be read as a meditation on the functions of camp.  The Countess’s madness is a strategy for survival in an uncaring world:  madness is her medium of hope.  Because she is relatively unrestricted by social conventions, she is also free to be emotionally true and generous.

If the Countess is the camp archetype of the transcendent nonconformist, the character Lydie Anne de Rozier is the camp archetype of the bitch.  Lydie Anne embodies illusion as deception:  she is the woman who tries to seduce Simon into marriage, away form his true nature; she is a self-proclaimed liar; and she uses language to wound.  “Your gown is ravishing,” she says to the Countess.  “It’s impossible to find those prints these days.”

Traditional romanticism does have its limits, and you can usually tell when you’ve reached them because you start stumbling over the corpses of suicides.  Like Romeo and Juliet, Simon and Vallier soon discover that their love cannot survive the society in which it was born:  the problematic romantic convention is that pure love can only be sustained in death.

In another passage, the Countess arrives onstage carrying a lit candelabra.  We hear the sounds of a cello and a gentle tenor voice as huge tattered lace curtains descend.  We understand at once that not only are we in the Countess’s home, we have also entered the gentle, furtive, and sustaining world of her ghostly fantasies.

Design is obviously an integral part of this vision.  The vacant ruin in which Robert Gardiner houses the action is at once ancient and contemporary, and the implication is that this archetypal structure has always been here, more or less in this state, never really functional and yet never willing to release us.  Barbara Clayden’s costumes also provide visual metaphors for the concerns of the text.  Lydie Anne, for instance, is clothed in satin, a fabric that both invites and repels sensual contact.  The Countess is sheathed in pale blue-grey, the colour of smoke, of mist, of ambiguity.

Allan Morgan’s Countess de Tilly is composed of the kind of stillness that concentrates emotion.  John Moffat’s portrait of Lydie Anne de Rozier, Simon’s betrothed, is wonderfully stylized.  His Lydie Anne wears full-length black gloves, and at times it’s as if those gloves are doing the show on their own, performing a ballet of seductive gestures.  Rather than presenting us with real women, Morgan and Moffat allow us to glimpse something of the essence of femininity.  As with the performances of onnagata, the male actors who play female roles in Noh theatre, we are encouraged to consider the arbitrariness and bravery of all human performance.

Despite fine individual performances from the actors, many scenes in this production feel emotionally hollow.  Ultimately, the directors must be held responsible for failing to fully articulate the script’s interpersonal details.  The structure of Lilies remains intact, however, and that structure remains compelling.

In responding to the play, it makes some difference that my heart is homosexual, but not much.  The lilies here surround a pool into which all are welcome to gaze and in which all will see some aspect of themselves reflected.

Outstanding Performance by an Actor in a Leading Role, Allan Morgan

Outstanding Performance by an Actor in a Supporting Role, John Moffat 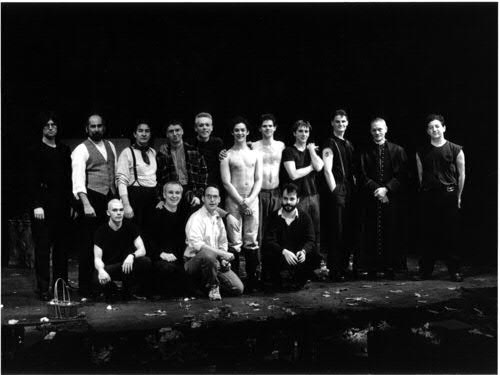 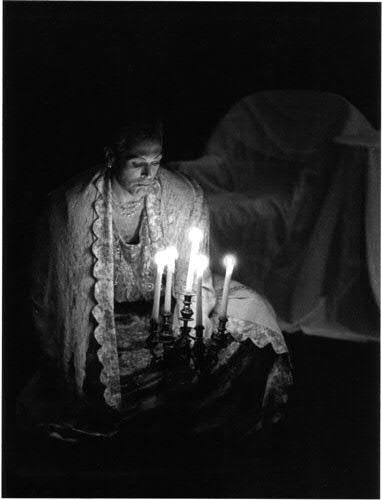 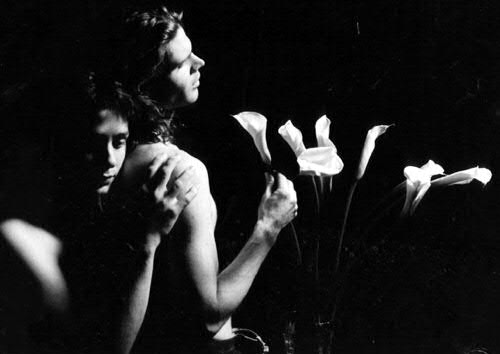