The Fall of the House of Usher

‍
SCRIPT TO BLAME FOR FALL OF THE FALL OF THE HOUSE OF USHER
BARBARA CROOK, Sun Theatre Critic

The Fall of the House of Usher really deserves two reviews:  applause for the actual production and a shrug of the shoulders for Steven Berkoff’s play.

Pink Ink Theatre has opened its 10th season with a stark, stylish and appropriately creepy take on Berkoff’s adaptation of the story by Edgar Allan Poe.

The production, directed by Sandhano Schultze, makes fine use of light, movement and music to create a heightened world of horror and decay at the Firehall Arts Centre.

But once you get past the flashy theatricality and ritual of Berkoff’s text, there’s little substance to savor.  And Berkoff’s selfconsciously clever take on Poe ends up distancing the audience from the claustrophobic intimacy that makes the original story so effective.

The audience navigates the pitch-black hallway to the theatre, where actors Kirsten Robek and David Mackay are frozen in place.  So effective is Robek’s eerily still posture that her blood-curdling scream a few moments later seems all the more shattering.

The moment when Madeline is trapped in her tomb is a near perfect fusion of lighting, movement and music with Robek’s intense perfor-mance.  That one startling image, which we see for only a few seconds at a time, is worth all the words in Berkoff’s script.

Maybe it’s the airless, stifling atmosphere of the Firehall, or maybe I’m getting too old.  But I found it very hard to focus on the words of the play, which could have been just another sound effect.

I’ve always felt that the appeal of Poe’s stories comes from his unique blend of horror, psychological insight and the recognition that only a thread of restraint separates the behavior of the reader or spectator from that of the murderer.

Berkoff’s vision certainly captures the hor-ror of the story.  But his stylized approach precludes insight into the characters’ behavior and deprives the audience of that frisson of recognition that a good horror story evokes.

Pink Ink’s production of The Fall of the House of Usher deserves the multiple ovations it received at Thursday’s opening.  I would have preferred, however, to see these creative talents applied to a more satisfying script.

Outstanding Lighting Design for a Play or Musical, Del Surjik

Outstanding Performance by an Actress in a Leading Role, Kirsten Robek

Outstanding Costume Design for a Play or Musical, Nicole Dextras 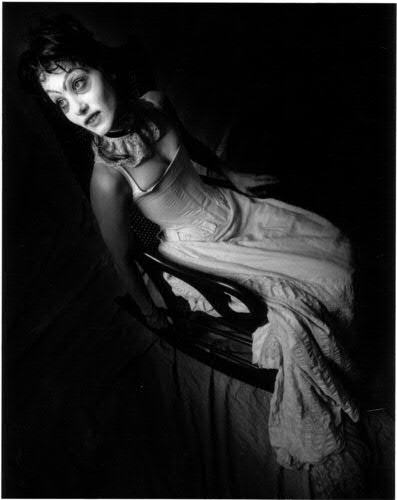 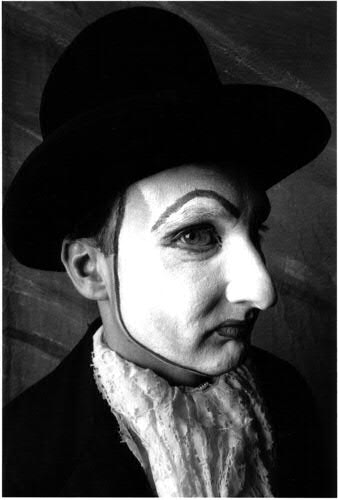 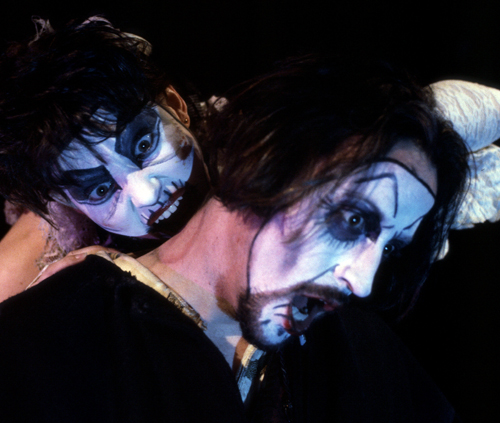 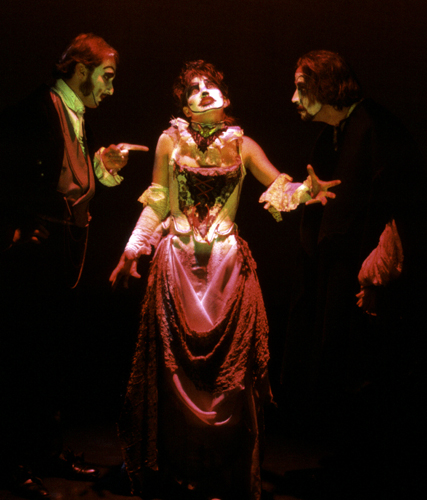