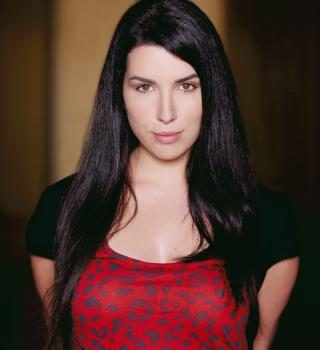 Amy Lee Lavoie is an award-winning playwright and a graduate of the National Theatre School of Canada’s Playwriting Program.

Her first play, Rabbit Rabbit, was initially conceived in her first year at NTS, and was part of Infinitheatre’s Pipeline series, CanStage’s Ideas and Creation Festival, SummerWorks and the Edmonton Fringe. It received its premiere production with Infinitheatre, earning Amy two MECCA’s for Best Text and the Revelation Award. Rabbit Rabbit was also produced by Poverty Cove Theatre and Ghostlight Theatre.

In 2014, Amy Lee was the Head Digital Writer for the CBC drama Strange Empire, which won a Gracie Award (Women’s Alliance Media) for Best Website in recognition of its interactive storytelling. She is currently working on a new play, C’mon, Angie!, and her original television series, Under Millhaven Sky, is currently in development with Reality Distortion Field (RDF).

Up next, Amy Lee will be opening Playwrights’ Workshop Montreal’s 2017/18 season with a workshop production of her play, A Place for Us.

Amy Lee Lavoie is an award-winning playwright and a graduate of the National Theatre School of Canada’s Playwriting Program.