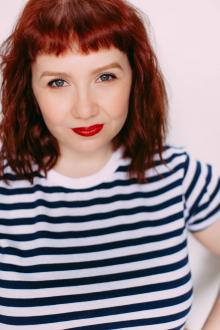 Cheyenne is an actress, comedian, and writer from Vancouver BC. Classically trained at Canada's renowned Studio 58, Cheyenne has met with critical acclaim for her roles in The 13th Chair, Edge of Seventeen, and Ree. She holds the distinguished Rich Euchis Plaque of Excellence in Acting and was the recipient of the Gertrude Langridge Award Scholarship in 2012.  Cheyenne is best known for her show, The After After Party that garnered her notoriety throughout Vancouver’s theatre community by picking up the Critic's Award (The Georgia Straight), Cultchivating Award (The Cultch), as well as Vancouver's Pick of the Fringe for 2016.

An advocate for women in the arts, Cheyenne is focused on fostering new female work, including grant assistance and marketing for The Virago Play Series and her own not-for-profit organization,  After Party Theatre Society. Her produced plays include Karaoke: The Musical (Studio 58), The New Years Party, The After Party (Pull Festival, Speakeasy Theatre) and The Tiebreaker, The Bush Party (Theatre SKAM). Cheyenne is committed to writing fierce, female forward plays with heart. Her recent collaboration with Pi Theatres’ Provocateurs Series has granted her four uncensored, unabashed, all-female satirical comedic presentations throughout Pi’s 2017/2018 season.

Cheyenne is also a successful makeup FX artist, costume designer, and scenic painter, having worked for incredible Vancouver professional companies such as The Arts Club (Angels in America), Pacific Theatre (The Whipping Man), Green Thumb (Land of Trash), Pi (Blasted, The Invisible Hand), and ITSAZOO (The Competition is Fierce, Hidden).

Recently, Cheyenne appeared in a guest role on Bravo's The Imposters as well as the French-Canadian medical mystery series, Maux Mysteries.

Cheyenne is an actress, comedian, and writer

There are no blog posts by
Cheyenne Mabberley
support Pi Theatre